Three lawyers walk into a bar and sit down to enjoy a relaxing evening over their favorite scotch whiskies. The first lawyer orders the Laphroaig 24 year old 1990 – Hunter Laing to be served in a snifter that has been warmed over an open flame. Since she has been practicing law for twenty-four years, she is wise, refined, and knows how things are meant to be. The second lawyer orders Glenlivet 8 year to be served in a snifter with a splash of ginger ale and a single ice cubes. Since he has been practicing law for only eight years, he knows all of the right things to say but he still lacks a deep understanding of the why. The third lawyer orders a shot of the well whiskey and thinks it is scotch. Since he is barely out of law school, he is a blank slate in desperate need of refinement and a true education in proper practice.

As they are sitting down enjoying their respective drinks, the bartender leans in and asks the group what they know about eDiscovery. The bartender asks the group, but you can tell the question is directed more towards the young lawyer fresh out of law school. Since lawyer #3 is the youngest and most recently educated, the bartender assumes that he would be the most familiar with this important aspect of law. As any lawyer would tell you, this is never the case. First year lawyers are often referred to as “lost puppies” for a reason. Being a lawyer is about who can outwit, outmaneuver, and outplay their opponent. You do not necessarily learn what tools you need to do that in school.

After floundering with the question for a few minutes, the young lawyer admitted that he had little or no knowledge on the subject. He acquiesced on the matter and referred it to the veteran lawyers. The bartender laughed at his own folly, and turned to the remaining two lawyers to see what they had to say. The conversation got stymied quickly as the two could not agree on its proper spelling. Is it e-discovery and ediscovery, e-Discovery and eDiscovery, or should they just refer to it as digital forensics? In the end, they decided it was not important enough to waste their time and settled on eDiscovery for the sake of time.

The second lawyer begins with the high level breakdown of what he knows. He uses all the right buzzwords: electronically stored information (ESI), data extraction, data mapping, parent document, the cloud, etc… He finishes by saying, “It is expensive, but a necessary evil.” When he is done using all of these impressive words, he looks at the bartender and the senior lawyer with a prideful smile and waits for the thanks and praises that he knows are coming. The first lawyer smiles at the younger lawyer and patiently waits for what she knows the bartender will say next. The bartender thanks the young lawyer, turns towards the woman and asks, “what did he just say?” The second lawyer knew what eDiscovery was on paper, but he did have a great grasp of the value that it held or how to truly apply it.
The first lawyers smiles warmly and turns toward the bartender to help fill in the gaps that the other two lawyers left for her. She has been practicing for over twenty years, and she knows the best way to teach people is through real world examples. She gives a few scenarios to illustrate how such a broad range of law can benefit from eDiscovery. The simplest example she gave was gathering data from someone’s cell phone. The cell phone has a lock on it and the police are unable to gain access to the information. The eDiscovery company will be brought in to extract the information from the cell phone and then organize within the agreed upon search parameters. They make it easier for the lawyer and police to search through the device for the pertinent information in a safe and timely manner.

Think of it in terms of searching through a digital copy of a document versus a physical copy. With the information in digital format, you are able to search through the document for keywords and better find what you are looking for. The eDiscovery company helps the lawyers, more likely the paralegals, save time by organizing the information in a more concise and readable format. In a recent litigation, there were over 100 potential plaintiffs, and thousands upon thousands of emails to be reviewed. Without using an outside source to search for keywords, the client would be spending much more in billable hours. They also provide time-date stamps, recipient, author, and general file properties. In criminal cases, think timeline.

As she finishes up with her scenarios, she looks at the bartender with a knowing smile. She says, “that is just the tip of the iceberg that is eDiscovery.” The bartender leans back from the bar and breathes out a weary sigh. He now knows that it was a really odd question for a bartender to ask. I mean seriously. What kind of bartender asks an educational question like that to three lawyers who obviously had a long week of work if they are all drinking hard liquor? He must have been new…

This story is actually based off of the conversations I had with three different lawyers of varying degrees of experience: 24 years, 8 years, and fresh out of law school. I was the fool that thought the young lawyer who had passed the bar only a few months prior would have the most knowledge about eDiscovery. I wanted to pick his brain and see what kind of insight he could provide for me. I wanted to know how his firm handled their digital forensics, how often, and in what capacity. He responded with, “I do not practice the kind of law that uses eDiscovery.” At first I thought he was joking, but he did not understand the amount of information you can gain from cell phone and computer data. I explained to him how you can establish timelines and location based on information from a cell phone or email. I gave him several more examples, but he was still barely grasping the concept.

After speaking with this young and tech savvy lawyer, I spoke with an experienced lawyer of 24 years. She has worked for the Federal government and private firms alike. I asked her if she has any experience with eDiscovery, and she said that she uses it for the majority of her cases. I mentioned my conversation with the recent law school graduate, and she said that she was not surprised by his response. She said your education improves dramatically after you pass bar and start practicing. The reason she uses eDiscovery as often as she does because she has learned the benefit of having the information prior to litigation. She could not even begin to tell me the amount of cases she has settled prior to trial because of some of the information that was uncovered. When we spoke, she hardly mentioned any keywords. She just kept giving me examples on how eDiscovery has helped her case. She also mentioned that management of eDiscovery is now made mandatory by federal and state rules of civil procedure.

The second lawyer in the story was the most interesting. He was extremely familiar with the intricacies of eDiscovery. We spoke as peers on the subject, but of course he had a much bigger vocabulary. He talked about it helped him on his case, but he complained about the cost of the eDiscovery company that he used. We went on to discuss comparative pricing, but we settled on lawyer standby response to a comment on price: “What would it have cost you if you did not use it?” He has been practicing for eight years, and his current case was the only his firm has ever used eDiscovery. That was why he had such an extensive knowledge of the subject. He was the one “taking the risk” of bringing in the use of eDiscovery on his case.

After talking with these three lawyers, I discovered one gleaming truth: not enough lawyers know how eDiscovery can benefit their cases. With how involved technology is in everyday life, one would assume that the correlation between eDiscovery and information gathering would be an obvious one. We live in a digital world. We might as well start using it to our advantage. Remember, if it plugs in then we can pull information from it. 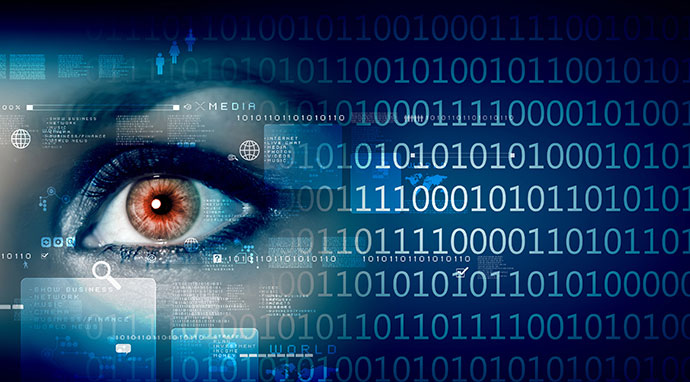